Karlyn has been actively involved in the Sales Industry since 1978. Prior to starting NU-REJIME Plus TidalWave2000 and Trends2000, Karlyn enjoyed success in many companies to name a few Amway, Avon, Tupperware, Fullerbrush, AmeriPlan, Princess House, Mary Kay, and Aloette Cosmetics, where she ranked third in the nation for sales and recruiting.

Karlyn has enjoyed a high level of success in the sales industry. She earned 3 pink Cadillac’s in four years in the pink car company. Sold over $29,800.00 of products in less than 30 days, over her kitchen table, without a car in a company that was 13 years old in Canada and only five years in California, walking off with their Queen of sales and Queen of recruiting trophies in her first 30 days of business with them. Then working in yet another company, she built an organization in the multiple thousands in only 18 months; generating a healthy six figure income monthly.

Karlyn went on to create her own system for all to use. She showed others how to create multiple streams of income and how to intelligently diversify their incomes. 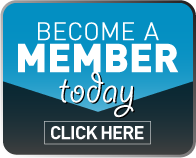